WhoSampled Present: Digging In The Vaults 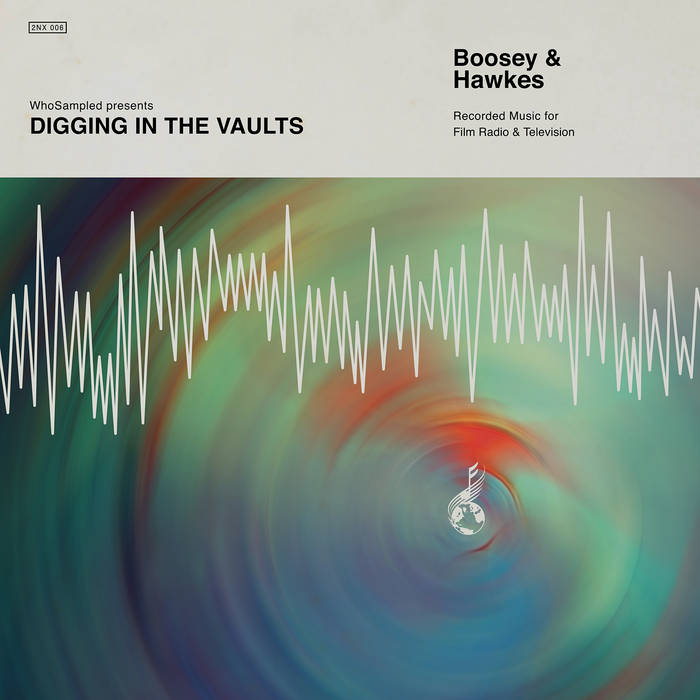 Eric B Dope work by dope artists. Some I never miss, some I've just met. Every track is good. Glad to have copped the limited vinyl. Favorite track: Dusty Corners.

Fluid Cut Looking forward to hearing the other tracks on this record. I was drawn by all the talent listed in the liner notes. I don't miss any Soundsci releases...


In Spring 2014, WhoSampled took a group of renowned UK diggers, producers and beatmakers to the vinyl archives of famed library music specialists Imagem, in which resides a complete collection of the highly collectable releases of the Boosey & Hawkes and Cavendish music libraries. Their mission: to excavate rare sample material from which new compositions could be created.

The recordings unearthed at the archive session were made available to 20 up-andcoming producers at 'Samplethon', a unique 'Hackathon for Music Producers', at which those producers competed against the clock to create new music based on the archive material. This 2NX release showcases the winning entries produced at the event alongside tracks from the artists who made up the event's panel of judges and mentors, among them Mark Rae, Mr Thing, Soundsci, Chris Read and My Panda Shall Fly.

Available as both a 10” vinyl EP and digital LP (containing additional tracks), the vinyl release focuses on the more hip-hop orientated tracks from this varied collection.

The digital release features a further 4 tracks not available on the vinyl release including a Rhodesy instrumental hip hop cut from Chris Read, intricate sample flips from Boean and two futuristic interpretations from Soundway and Project Mooncircle’s My Panda Shall Fly, and newcomer Innovance.


About the Imagem Catalogue
The original catalogues date back as far as the 1930s, comprising of well-over 1000 titles. However, with none of these records released commercially, very little of the music has been heard outside of the radio and TV broadcasts of the day, save for a few enduring TV themes (Ski Sunday continues to this day), and the occasional crate-digging discovery. Hence, this is an album for the vinyl connoisseur; a contemporary take on
this revered catalogue, much loved by collectors, diggers, library music enthusiasts and
producers alike.

The catalog has been sampled by Roots Manuva, Lewis Parker and Mark B & Blade amongst others. The Cavendish Music library continues to thrive as part of Imagem Production Music, with a world leading trailer music catalog and new music from the likes of dubstep pioneer Mala, London to Brighton composer Laura Rossi, techno genius Si Begg and members of Bonobo, Part Time Heroes and Zero 7.

About WhoSampled
WhoSampled is an online music experience based on the ethos of "Exploring the DNA of Music". It is the world's leading resource for sample based music, cover versions and remixes. Via projects such as Samplethon and this resulting release, WhoSampled encourages open and supportive attitudes toward sample based music, inviting
sampling producers and catalogue rightholders to work together collaboratively to create new value out of existing catalogues.